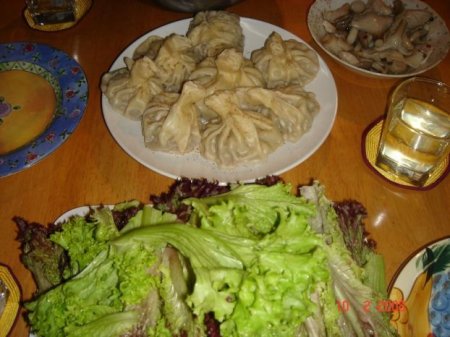 The level of fitness of Irish Junior Table Tennis players is often remarked upon, unfortunately most of the comments are on the lack of fitness especially when compared to what is observed from travelling abroad. I suspect that table tennis is not the only sport in Ireland to suffer from this, but table tennis has never succeeded in promoting the image of a sport that requires a high level of fitness. The image of table tennis is a subject in itself and I suspect that it is even more apparent in Ireland.

However this is not an attempt to address those issues, this article is about an even more untouched upon issue, that of nutrition. Nutrition is about what we use to fuel our bodies and when this comes to addressing the physical needs and stresses of the athlete it is a crucial element to sustaining and improving performance.

In order to highlight the importance of correct nutrition I ask players to fill in a diet sheet for four days (Friday-Monday) over the period of a tournament as well as a "free" weekend. The results would indicate that in general the diet of most juniors would not be that balanced, even though there has been some improvement in this area over the last 10 years. In my experience nutrition is not completely ignored. wandering around the tournaments you often see players eating bananas and drinking their sports drinks. Is this the best way to prepare and sustain their performance at a tournament? Lets have a little closer look on what foods do what, when to eat them and why.

To function optimally, the body requires a large range of different nutrients. The aim of a good, healthy diet is to provide the body with these nutrients and fuel it so that vital functions and systems such as energy production and the immune system can perform their roles under any circumstances. A Formula 1 car does not use the same fuel as a tractor or aeroplane, in the same way the fuel requirements of a table tennis player are not the same as those of a marathon runner or a couch potato!

It probably wouldn't make sense to set up a specific diet in order to play a couple of games of table tennis down the local youth club. But if you are looking to compete at the highest level in Ireland, then you should seriously consider taking some time to assess the value of your current diet.

Most kids have heard of Carbohydrates one of the major sources of energy for the body but do you know there are different types of carbohydrate?

Simple Carbohydrates:
These are made up of molecules of sugar and in most cases are sweet to taste. These sugars can come from fruit and some vegetables (sugar cane and sugar beet). Biscuits, cakes and most fizzy drinks contain sucrose. These are simple carbohydrates and can give you a quick burst of energy. They are often referred to as high glycemic foods. There has been much discussion about the comparative benefits of fructose (fruit based sugars) over glucose and sucrose as fructose is slower to absorb and less likely to produce the "roller coaster" effect of other sugars. Fruit juice can help the liver produce glycogen to get the brain going first thing in the morning.

Complex Carbohydrates:
As the name implies these have a more complicated structure and take longer for the body to break down. That is why you don't get the same burst of energy as you would from the simple carbohydrates but a longer more sustained level of energy production. Starch is one of the main sources for these carbohydrates. When starch is eaten, it is digested slowly in the body, releasing glucose molecules at a slow steady rate. This type of carbohydrate is found in grains, roots, vegetables, pasta, bread and legumes. Complex carbohydrates provide a slow release of glucose to the bloodstream and a supply of nutritional energy that spares and replenishes muscle glycogen. Carbohydrates are more quickly released from the stomach than either protein or fat. The more protein and fat you eat, the longer your stomach will take to empty.
Logically you should eat and drink foods that are very high in carbohydrates before and during exercise to take advantage of this process.

Glycogen
In the human body glycogen is found in all cells. However it is found in greater percentages in muscle fibre and in the liver. The liver's glycogen supply is used to regulate the blood sugar level. This glycogen is the major source of energy for the brain. As you get physically tired your body movement slows down and the player and the coach can observe this. However when the brain gets tired it is not as easy for the player to notice, their reaction speed and tactical decision making can suffer quiet badly without the player understanding the cause for their poor performance.
The brain can use over 400 calories per day of glucose from the liver's glycogen. Eating a good amount of complex carbohydrates especially at night will replenish the glycogen supply and restore mental alertness and physical energy. At this point however the tournament may have finished and the player is unable to change the results of their performance during the day.
It is crucial to ones performance to maintain these levels of glycogen and not wait for them to drop. Glycogen is not stored by itself in the liver, every ounce of glycogen requires 3 ounces of water, this means that when the glycogen is used that water is also used and it is important that this level of water is maintained, this is another reason for players to keep their level of hydration topped up throughout the tournament at all times.
Glycogen depletion followed by glycogen replenishment, which is known as carbo-loading, causes the muscles to increase their water content. This can make the muscles feel heavy and stiff. If you were a bodybuilder this maybe of an advantage but as a table tennis player requiring speed and agility this can effect your performance considerably.

How can I increase my performance with the use of carbohydrates?
o Maintain carbohydrate balance with every meal.
o Increase in carbohydrate intake before tournament or training session.
o Eat selected types of carbohydrate during exercise
o Gradual build-up of muscle and liver glycogen stores before tournaments.
o Eat high amounts of complex carbohydrates with increased amounts of simple carbohydrates at breakfast, during exercise and directly after exercise to quickly replace depleted glycogen stores.
o When eating carbohydrates you need to take in fluids (water)
o Before exercise meals should be high in carbohydrates, moderate in proteins and low in fats.
o Keep your fat intake to a minimum. Large amounts of fat in your diet will add to your body fat and will cause mineral loss through frequent urination.
o The more protein and fat the slower the absorbing of glucose.
o You should eat three hours before exercise.
o Train against your anaerobic threshold (to exhaustion) on a regular basis. Intensive, exhaustive training stimulates increased storage of glycogen in the muscles and liver, which provides additional energy for greater exercise capacity.
o Do not eat new foods just before a game. Different people often react differently to the same food. Before a game, eat foods that you know your body will handle well.